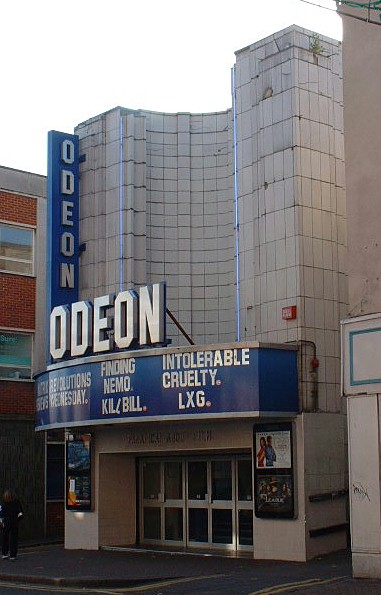 This little known and short lived Bromley cinema was opened in November 1936 by GCT, a small London chain, as the ‘Rex’ on a site originally earmarked for the railway station.

Designed by Cecil Massey, architect of the famous Granada in Tooting, the Rex was a strange mixture of styles; partly Queen Anne and part Moorish. It had been somewhat simplified by the time of this post war view.

Passing into the ownership of the Odeon chain during the war, it was renamed around 1947. It closed in October 1956, just short of its 20th anniversary