Very little is known about this cinema, and it’s history is clouded in mystery

Built in 1913, in Malcolm Road, for Isadore Barnett, and seated 318 or 350
Opened 1914 as the Palladium, and cost £860 to build
It has a succession of owners, Mrs S.A. Smith, Miss E. Hamilton, and the South London Cinema Company, before closing in 1922 when it became the subject of a lawsuit
The reason for the lawsuit, and it’s outcome, is unknown

At this time it might have been called the Bohemia, Plaza, or Bijou

Re -opened 1923 with the word CINEMA on it’s frontage

It had at least three more owners, J.W. Thould, Reeve Hides, and
C.R. Hicks, before closing around 1932

Sound on film was introduced in 1928/29, but there is no record of the Coulsdon Cinema ever being
equipped for sound films
Closure was probably caused by the opening of a more luxurious, larger cinema, in
Caterham Valley, The Capitol, later called The Florida
This did have sound equipment
Capitol/Florida Cinema Caterham

At the time of it’s closure it had a Pathe Freres Model C Projector, with a fitting for Lantern Slides
There was also No 2 New Pathe Freres projector, a rewinder, and eight spools
It is not known if the Pathe Freres No2 projector was installed, or in storage

The building still stands, although altered from that in the photo
Some information gleaned from The Bourne Society Local History Records, and
The Cinemas of Croydon by Allen Eyles and Keith Skone 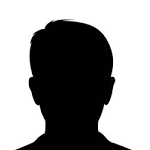